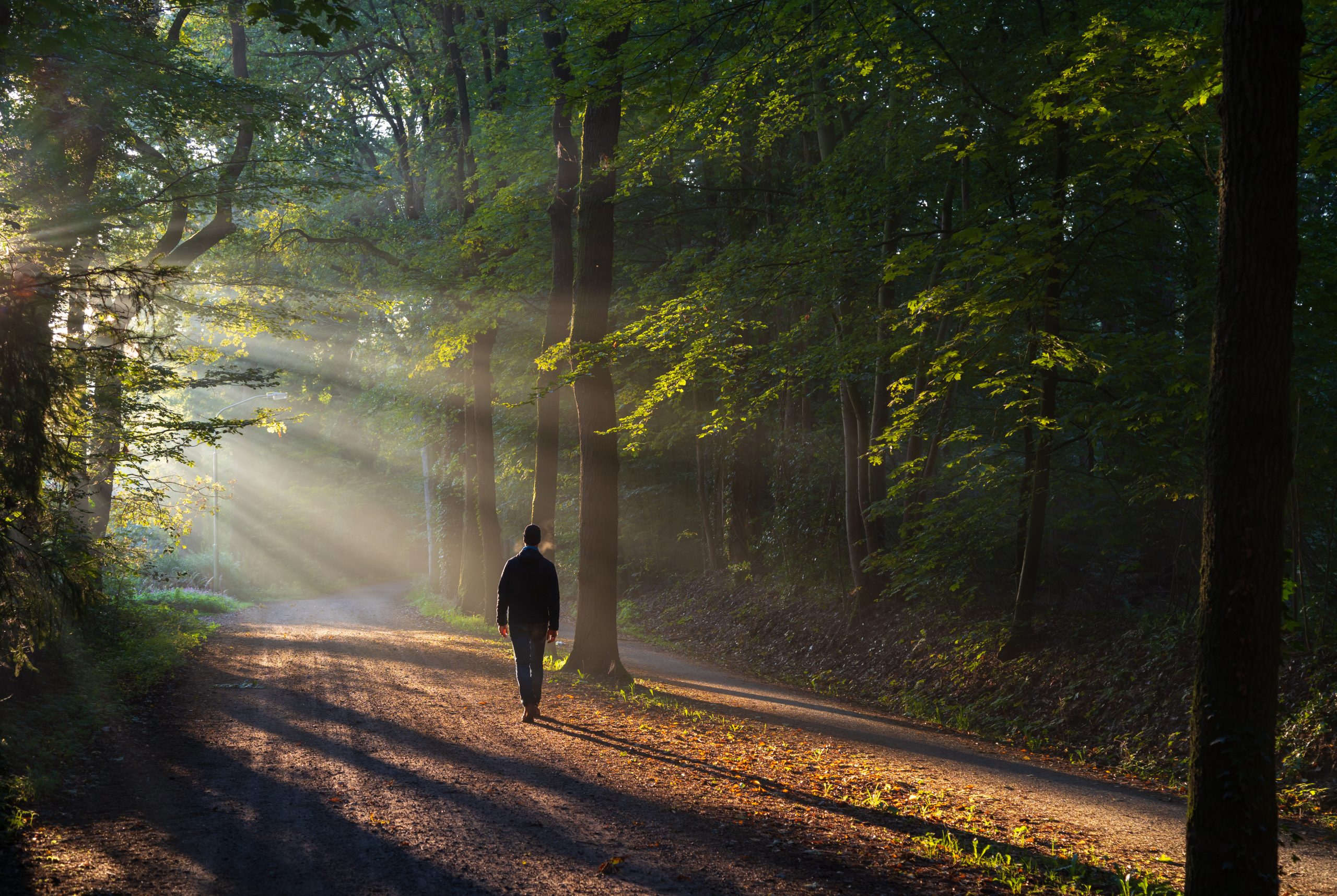 Posted at 20:31h in Tarot by Jonathan Lionheart 9 Comments

This is Jonathan with a message from the Tarot on your week ahead.

This is an important reading, and the powerful cards that have been drawn could be an influence for longer than just the coming week.

It could seem like everything has slowed down, or like nothing wants to move in the way you want it to.

The truth is, you’re coming up on an important threshold, where life is asking you to surrender to your circumstances, so you can have a deep realization.

There is an insight waiting, and one that could really shift things in your life. But you’re going to have to slow down, and get in touch with your deep and wild wisdom.

This is a juicy one, so let’s get to it.

Are you feeling stuck in one situation or another?

The Hanged Man represents sacrifice, waiting, and spiritual development. When you see this card in a reading, often it means you are in a holding pattern.

You are being asked to pause and reflect.

If you keep struggling with whatever is in front of you, it will only make things worse. Instead, now is the perfect time to take a step back, and look at things from a new perspective.

This is the reason the man in the card is flipped upside down. He has either put himself in this strange position, or someone has placed him there. Either way, he’s looking at life from a totally new perspective.

And, as you can see, he’s not unhappy about his circumstances.

The halo around his head and the fact that the post he is hanging from is sprouting green leaves, are both signs this uncomfortable position is ultimately a life affirming one.

Even if it feels seriously uncomfortable, there is something in it that will bring you to a deeper realization about yourself.

Just like some awful yoga pose, it can be the worst when you’re in it, but afterwards you’ll feel like a million bucks.

The trick is – just like in yoga – to breath and relax.

While this may seem ridiculous considering the discomfort you might be in, the Hanged Man is a strong indication that nothing is going to change unless you give yourself enough room to feel what’s going on beneath the surface.

Trying to fix whatever is going on in the real world by working harder, or scheming up better plans, simply won’t do the trick this time.

Sit down and be with your discomfort. Or take a walk and let yourself breathe in the air and take in the beauty of the natural world.

It’s well known that Albert Einstein would spend hour upon hour taking baths. He did this because he discovered that insights would pop up out of nowhere when he took his mind off the problem at hand.

The halo around the Hanged Man’s head is symbolic of this kind of insight. So don’t be surprised if what you may have been wrestling with, suddenly makes sense.

You might not know why, but for whatever reason you may either just get it, or it will no longer be an issue.

The point being, even if it’s uncomfortable right now, if you’re willing to go with it, the reward could be priceless. And your next card is a sign of just that. Reward is coming, just maybe not at the pace you want it to.

The Page of Pentacles is all about diligence, loyalty, and being practical. While she may not be the most exciting of the pages in the tarot deck, she is certainly filled with “can-do” energy, and can be relied on for just about anything.

When the Page of Pentacles arrives in a reading, it can be a sign that you have a number of things on your plate, and that the small details could be bogging you down.

This Page is masterful at completing tasks, however she hasn’t fully mastered all of her talents and abilities.

It’s possible you are feeling out of your league, or like there is simply too much to figure out. The remedy is to have patience. You are set on the right track, and what you are wanting is on its way.

It’s just that it won’t likely arrive in the timing you might want it too.

This is emphasized by the symbolism on the card. If you look closely, the crops in the background have not begun to grow.

And while the Page is clearly very focused on the Pentacle she holds, it’s not fully or securely in her grasp.

This can indicate that financial moves you have made are taking longer than expected, or that the results are only coming in as a trickle so far.

Not to worry though, because with continued commitment, you will see your way through.

Considering your first card, the Hanged Man, you might be feeling stuck on a project, or waiting to hear important news that will get the next step in motion.

It could be that nothing can move forward until you get this news, so the waiting game could be creating some tension.

The Page of Pentacles can be a sign of brooding over a situation, or getting caught in the details of something. So give yourself room to focus on what you can do now, and leave what can’t be done to the side for the time being.

No use flitting about over something you have no control over.

Besides, your next card is an indication that being forced to pause right now could bring to the surface something very important for you to acknowledge.

Card #3: The Moon | A Gift From Your Unconscious

Have you been imagining possible outcomes and fantasizing about what might be?

The Moon card represents intuition, illusion, uncertainty, and can be a sign you are in contact with the deeper parts of your unconscious.

The Moon is a powerful Major Arcana card, and when it’s drawn in a reading, it’s particularly important to create some space to be with yourself.

The reason you’ll want to find some alone time is that the Moon can be a sign things are not all that they seem. When drawn, the Moon card can mark a period where the dream world and the unconscious are putting pressure on your day to day life.

This can result in feeling confused or projecting your own stuff out onto people and situations.

So give yourself the space to be with these powerful influences.

Ultimately, what could be bubbling up for you in the form of fears, fantasies, or powerful dream experiences, are a good thing.

They are indications that parts of yourself that have been denied or pushed away are coming back to the surface to be integrated.

However, their influence can feel a little wild.

So, this is a great time to tap into your creative side by journaling, making art, or dancing your wild heart out. The unconscious speaks through our creative impulse, so the more you can let it out, the better you’ll understand what’s going on.

Considering your first two cards, it’s totally possible the pause indicated by the Hanged Man could be precisely the reason there are juicy tidbits of your unconscious coming to the surface.

Rather than turning away, distracting yourself, or just putting your nose to the grindstone, this is the perfect time to face the music and feel your feelings.

Write the letter you’ve always wanted to your ex, the boss you hate, or the parent who dropped the parenting ball. DON’T send it, but get the feelings out.

Whatever you do, give yourself ten-thousand permissions to express and be your wild, tender, human self. And yes, it’s probably best to do it alone, or with very well trusted friends.

Ultimately, the rewards of this kind of activity will be revealed, but you’ll likely have to surrender to not knowing what they’ll be for now.

You might think you know exactly how things should be, or precisely what you want. But the truth is, life and the universe likely have a slightly different plant… and, there are probably deep desires you don’t even know about just yet.

So, it’s a good time to step away from pushing hard on something that doesn’t want to budge, as the Hanged Man indicates. Instead, give it some room, and surrender to the process that’s unfolding.

You don’t have to give up, but give yourself some room to look at things from a new perspective.

Besides, your second card, the Page of Pentacles, is letting you know that things will get moving again, you just need to be patient for now.

Your last card, the Moon, is a reminder to listen to your dreams, get creative, and to NOT take major actions based on fantasies or projections.

Rather, let the fertile influence of your unconscious spur you into artistic and exploratory adventure.

Give it some time, because what’s coming through is very important.

Listen closely, have some fun with it, and you’ll be well on your way in no time.

P.S. What’s feeling stuck in your life right now? What insights have you gained at other times when life seemed to be on stand still? You can leave me a comment here on our blog, and let me know!

P.P.S. If you would like some insight into what’s happening next in your life, or some help getting through a sticky period, you can schedule a private reading, or embodied alchemy session with me here.