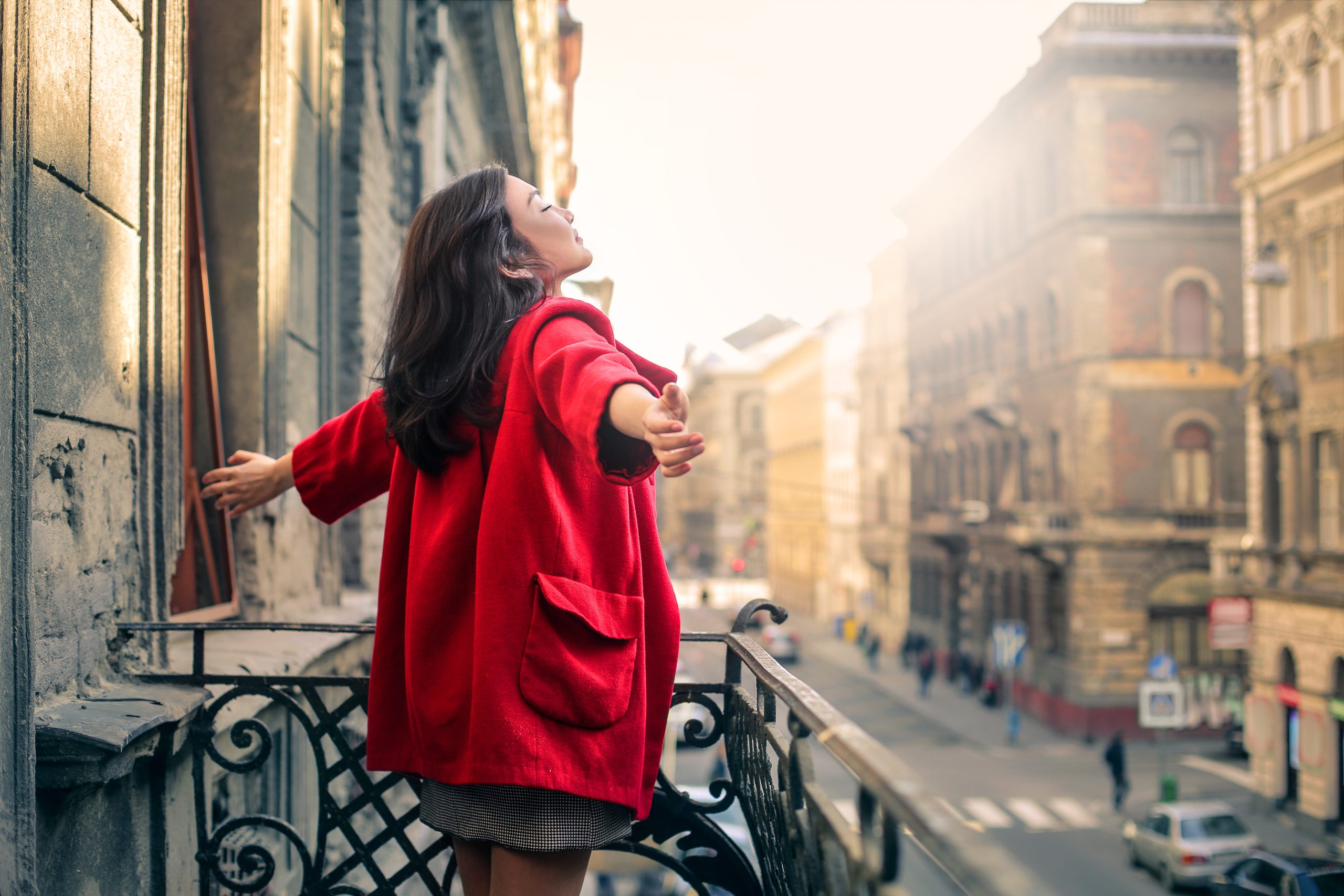 Posted at 09:58h in Tarot by Jonathan Lionheart 12 Comments

This is Jonathan with your Weekly Tarot Reading.

Tensions are rising right now and conflict could be coming to the forefront this week.

Thankfully, it’s possible you might finally say, “Enough is enough!” with a sticky situation in your life.

And if you choose to move on from what’s no longer working, a fire of passion and purpose within you can carry you onwards into fresh new possibilities.

If you can let go of the struggle, you’ll be surprised at what might begin to show up for you.

Let’s get right into it with your first card for the week.

Have you reached the final straw with someone or something?

The Five of Swords represents conflict, battles, and stress. And it could be a sign you no longer want this kind of drama in your life.

Something unfair may have recently happened. Or, you could be realizing you no longer want to engage with a situation that’s been giving you trouble for some time.

When the Five of Swords is drawn in a reading, it may indicate there’s been an argument with someone that has really rocked the boat.

Or, maybe you can tell you’re on the verge of an argument that will happen very soon.

It’s also possible that conflict and tension have become chronic issues, where no matter what you do, you can’t seem to find resolution or peace with an individual or circumstance.

As you can see on the card, there is a man gloating after having defeated two people in battle. One of the defeated individuals is walking away angrily, while the other cries with his hands in his face.

In your particular situation, you could either be the person holding the swords, or one of the individuals who has lost the fight. Either way, no one is really the winner in this situation.

While the smug swordsman in the foreground may have won the fight, there is something off about his success, as if he has cheated or won in a cruel, spiteful way.

If you are currently in the midst of a “battle” or conflict of some kind, you might look at what is motivating your actions. Even if you feel like you’re winning this particular battle, the ultimate cost, and final result, is still unknown.

You might ask yourself what is most important to you at the end of the day: winning, or mutual growth and benefit?

The Five of Swords may also represent an excessive or even cruel ambition. In other words, a drive to succeed that attempts to get what it wants no matter the price.

While this is highly valued in our current culture, unbridled ambition without heart is an immature motivation.

We are all interconnected, and unless we work with everyone’s well being in mind, we remain in an adolescent state, which limits both our power and satisfaction.

In day to day life, this could mean being the bigger person and letting someone else win or be treated as an equal. Accepting and validating other people’s point of view can do so much to bring you closer together.

So use the Five of Swords to check in on what is motivating you at your very core.

Ultimately, it’s possible you’ve been in a conflict of some kind for a while. Whether this is related to an external conflict with someone in your life, or an internal battle in which you are fighting yourself at each and every turn… it’s possible you are coming to the end of these hostilities.

What once felt like a worthwhile struggle may no longer be attractive to you.

So pay close attention, because if this is the last of a long list of clashes and negative encounters, then your next card is a sign that you are about to break through into total revitalization in your life.

Are you ready for a spark of energy that could get you moving in new and exciting ways?

When the Ace of Wands arrives it’s a sure sign of new, fresh, and exciting energy. The Ace of Wands represents creativity, inspiration, and breakthroughs.

The card image is a powerful reminder that you are a creator who can bring new ideas and exciting transformation into your life.

In the image, a mysterious white hand reaches out of a cloud holding a single wand high in the air. The sky is white as well, showing that the raw potential energy of the wand can be used in many different ways.

There is a blank, white canvas before you, so create what you desire.

Considering your first card, the Five of Swords, it’s possible that after a blowout fight, or when you’ve finally had enough, new and powerful energy could help you take the next step.

This kind of raw energy needs to be grounded at some point. But for now, and particularly if you’ve been needing to make an important change, just enjoy the newfound inspiration.

You could feel very creatively inspired this week and excited for no real reason at all. So give yourself the freedom to express and explore in ways that feel good to you.

The Ace of Wands is also associated with willpower and breakthroughs. If you’ve been waiting for something to kickstart a project, or a sign to pull the trigger on an important decision, the Ace of Wands is like a wink from the universe saying go for it.

Hop in and take a chance.

While this new spark of energy may end up sending you in a totally new direction, let yourself explore and follow your inspiration right now.

And as your next card indicates, your intuition will be the best guide for where the energy of the Ace of Wands takes you.

The Queen of Cups symbolizes compassion, intuition, and sensitivity. When the rational way isn’t working, the Queen of Cups invites you to activate your intuitive abilities.

The Queen of Cups is connected to emotions, the unconscious, and subtle experiences that are hard to pin down and define.

While she may not be the most logical or rational, her ability as a psychic, intuitive, and deep emotional resource is unrivaled.

When the Queen of Cups is drawn in a reading, it can often be a sign to listen closely to your intuition. Rather than figuring things out with your head, it’s time to take a deep dive into your heart and feelings.

Your dream life could become very lively during this period. The Queen of Cups is deeply related to the unconscious, which is the source of the dream world.

Don’t be surprised if your dream life and your real life begin to overlap in strange and mysterious ways.

You might also consider reaching out to someone who has a particular knack for giving emotional, psychic, or intuitive support, especially if you feel like you are up against some confusion in your life.

Considering your first card, the Five of Swords, this is not a great time to keep battling a situation, particularly if it forces you up into your head and out of your heart.

Instead, ask yourself how you honestly feel about the situation?

Similarly, if you are feeling lit up and inspired, as your second card suggests, then finding a creative outlet where you can express your feelings could be very helpful.

Especially with the raw energy of the Ace of Wands, using the deep emotional skills of the Queen of Cups could help you feel your way towards the best resolution.

Rather than getting lost in unnecessary strife this week, use the newfound energy to move yourself into creative realms, even if you can’t yet see where they are headed.

It’s Time To Do Things Differently

If you’ve been feeling stuck in a pattern that just keeps looping, this could be exactly what you need to achieve a welcome breakthrough.

The Five of Swords can represent a combative conflict that is either throwing you off in a big way, or that has been giving you trouble for quite some time.

Either way, you might be coming to the end of this lengthy struggle, and on the other side, new inspiration awaits.

The Ace of Wands indicates fresh energy, creativity, and plenty of room for exploration. Give yourself the go-ahead to step away from what’s not working.

Instead of struggling with the old way, start exploring new and exciting territories.

Ultimately, you might not know what the next move will look like. But if you follow your intuition, as the Queen of Cups recommends, there is no doubt you will find your way.

You’ve totally got this, so keep up the good work!

P.S. What kind of conflict are you ready to let go of in your life? What’s something you could use a new spark of creative energy to pursue?  You can leave me a comment here on our blog, and let me know!

P.P.S. If you are feeling bogged down or overwhelmed by a situation in your life, or you want a deeper look into what’s coming next, schedule a private reading with me here.