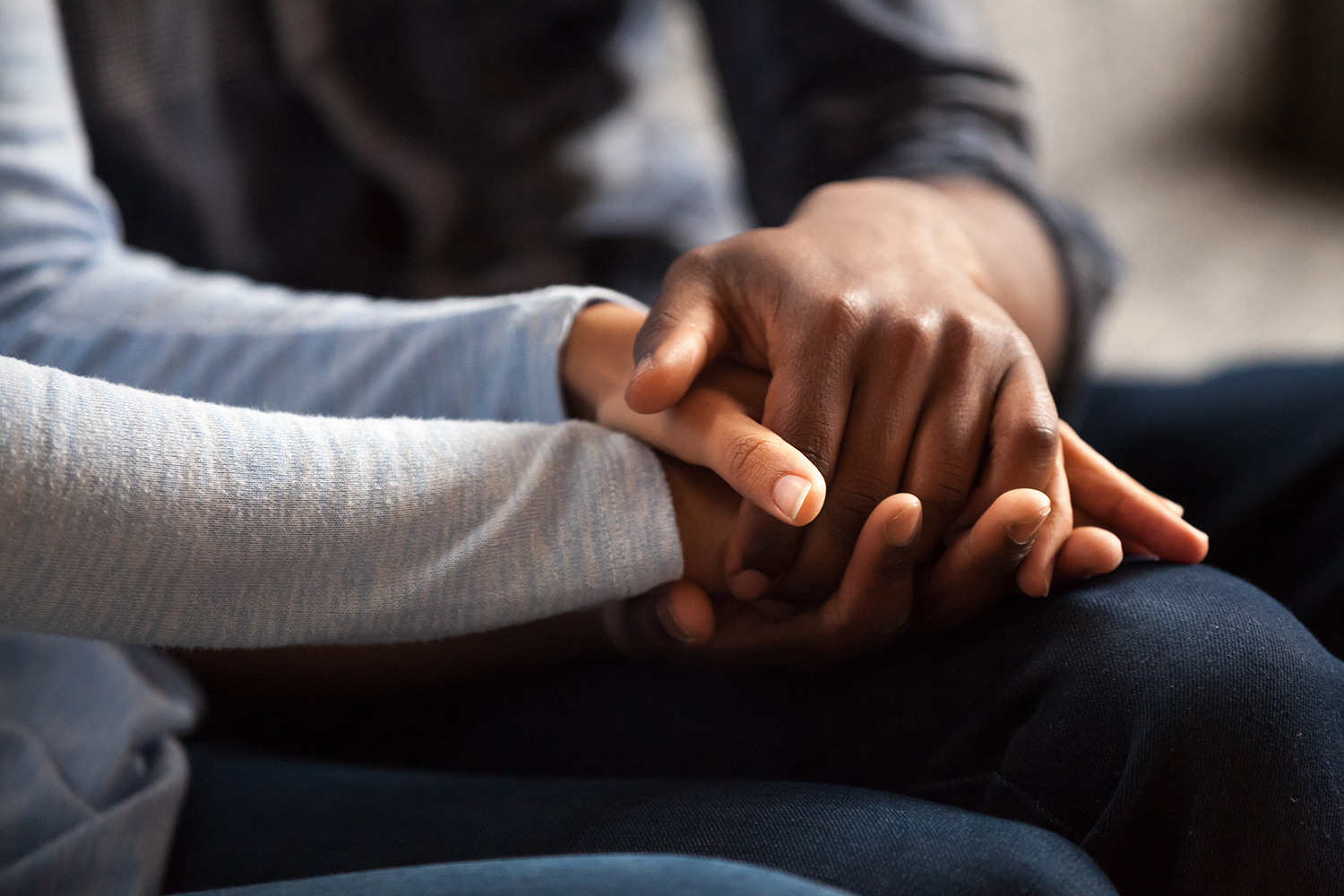 Posted at 16:16h in Tarot by Jonathan Lionheart 16 Comments

This is Jonathan with your Weekly Tarot Reading!

And boy, this week could be a bit of a rollercoaster. One minute you might be unstoppable, storming the world and vanquishing your enemies…

Then the next, you might feel stuck and hopeless.

But not to worry, there is some powerful romantic and creative energy that will take you through to the other side.

This is an important reading to pay attention to, as there could be an old pattern coming up that you can finally integrate and release.

And once you succeed, you’ll get to move on to brighter pastures.

So let’s take a look at what’s in store for your week ahead.

The Seven of Wands represents determination, conviction, and defensiveness. You could be feeling like you’re up against the world this week.

You might remember this card was in a reading a few weeks back. Seeing the Seven of Wands again could be a sign that the same challenge from before has decided to rear its ugly head once more.

When this card arrives, it can feel like no matter which direction you turn there is some kind of conflict blocking your way.

It’s possible these conflicts could be showing up in your personal relationships. You might find yourself continually defending yourself against criticism or getting in petty fights that just seem to bog you down.

It’s also possible the discord is showing up in your work setting, with frustrating coworkers or an over critical boss giving you trouble.

Or, it could be in multiple areas at once…

For better or worse, when the way forward seems blocked and full of frustration, it can motivate you to gather up your resources and fight back.

As you can see in the card image, the man is defending himself ferociously against six faceless attackers. It may actually be in your best interests to prepare yourself to go on the offensive at this time.

If you feel the need to stand your ground, you’re going to want to make sure you are clear about your position, and not just fighting for fighting’s sake.

The man in the card is not on solid ground. He is between rocks and close to the cliff’s edge. This is letting you know it’s important to pay attention to the smaller things around you.

The man is so consumed with the sudden attack and needing to defend himself, he doesn’t realize the danger he is in. If you look closely, you can see he’s even put on two different kinds of shoes.

So even if you find yourself caught off guard, remember to keep your eyes on the other important things going on around you that may need your attention.

The fact that the man’s attackers are unseen could mean a number of things, but one interpretation is that you might be creating conflict where none need exist.

It’s almost like someone who has been trolled by an internet goblin, only to then spend hours upon hours fruitlessly trying to convince the troll he or she is wrong.

Considering the amount of fire energy indicated by the Seven of Wands, you might consider getting some exercise. Go for a long run, hit the gym, or take a yoga class.

Expend some of your pent-up energy in a positive and grounding way.

It could be that some of this unnecessary conflict may be rooted in the deep unconscious realm, as your next card indicates.

Is there conflict between you and someone close to you right now?

The Two of Swords is a sign of a stalemate, feeling stuck, and possibly denial about how you truly feel about something.

Not unlike your previous card, you may have seen the Two of Swords in a reading not long ago. Once again, this could mean there is a particular pattern in your life that is being dredged to the surface.

Often, the Two of Swords can be a sign of relationship challenges. It’s not always the case, but when this card arrives, it might mean you are not seeing eye to eye with someone in your inner circle.

There could be a lot of tension between you and this other person, to the point that it feels like there is no way to come out the other side unscathed.

This doesn’t entirely have to be the case, but the only way forward is to be very honest with yourself, as well as with the other person.

As you can see, the woman in the card is sitting blindfolded in the dark of night. There is something she would rather not see or feel, so she keeps her heart guarded with her two swords across her chest.

This can often indicate deeper emotional issues beyond a disagreement, or a white lie or two. Instead, it’s likely the root of the problem comes from feelings that were pushed away and left unexpressed.

This week, you may be faced with emotions you needed to deny and push away as a child. And the only way out, as the old saying goes, is through.

It could be helpful to ask yourself what you truly fear.

The answers you receive may not make a lot of sense to your intelligent adult mind, so speak to yourself as if you were a child.

Bringing compassion to your situation will allow you to be emotionally honest with yourself. In the face of a critical adult mind, the deeper fears may prefer to stay hidden… which is also why it can be hard to have vulnerable conversations with a loved one.

Considering your first card, the Seven of Wands, it could be particularly important for you to put down the wand (or battle axe, depending on how ferocious you can be), and reconnect with your sense of compassion.

Nothing is going to move forward unless you feel emotionally safe enough to get to the core of what’s going on.

Luckily, there is safety and compassion available to you. Your next card is all about bringing things back together with kindness and tact.

Card #3: Knight Of Cups | Love Is The Medicine

Are you in need of some tenderness right now?

When the Knight of Cups is drawn, it can be a sign that romance, gentleness, and time to let your softer side come to the forefront is on it’s way.

This Knight symbolizes gracefulness, artistry, and following your heart.

Particularly with your previous two cards, the warmth and charm of the Knight of Wands is a welcome change of pace.

You could meet someone who warms you from inside out, sweeping you off your feet with their kindness and adoration.

It’s also possible you could have a breakthrough with your current relationship if you’re in one. Your ruffled feathers and frustration can be put aside with a gentle reminder of just how lucky you are.

One way or another, the Knight of Cups brings kindness into any situation.

Each of the Knights in the Tarot deck are riding their horse in a different way. The Knight of Swords is moving at an enormous speed, while the Knight of Pentacles is standing still. The Knight of Wands is rearing back, preparing to charge.

Meanwhile, the Knight of Cups is trotting along at a comfortable pace. He is calm and collected. This represents his ability to change directions as needed.

He is adaptable, and can meet any situation with ease and grace.

This makes him a fantastic mediator. He may have the keys to unlock the challenges that could be on your table this week.

If we consider your first card, the Seven of Wands, you could feel overwhelmed and like the world is out to get you. However, if you’re willing to slow things down and get in touch with your softer side, you might find there are more friends than enemies surrounding you.

Likewise, the Knight of Cups has already passed through the challenging valley of the Two of Cups, where you might feel confused, stuck, or at a standstill with someone.

The Knight of Cups is a reminder to tap into your creative side and to be willing to listen to the other person, while also staying connected with your own emotions.

There is a light at the end of the tunnel. If things feel wacky this week, it’s a great time to find your tender side, and do some activities that remind you how special life can truly be.

Keep finding ways to nurture yourself and you’ll do just fine.

It’s not unusual for fiery, defensive energy as represented by the Seven of Wands to break down into the muggy, stickiness of the Two of Swords.

Fighting with others can sometimes be a cover for stuff you’d rather not feel or confront.

The Seven of Wands indicates there could be some tension with the people around you, and you might start to feel like it’s you against the world.

But beneath this your second card, the Two of Swords, is a sign of emotional issues that need to be brought to the surface and handled honestly.

Luckily your final card, the Knight of Cups, is letting you know you can find your way through by choosing compassion and tenderness. You might even meet someone who embodies these qualities and can help you move forward.

Altogether there is some initial frustration, but a warm resolution to finish.

And, as I hope you well know… You’ve got this!

P.S. What are you most frustrated with in your life? How do you think you can bring resolution to these challenges? You can leave me a comment here on our blog, and let me know!

P.P.S. If you just can’t see the way forward, or you want some help bringing resolution to a challenge in your life, you can schedule a private reading with me here.