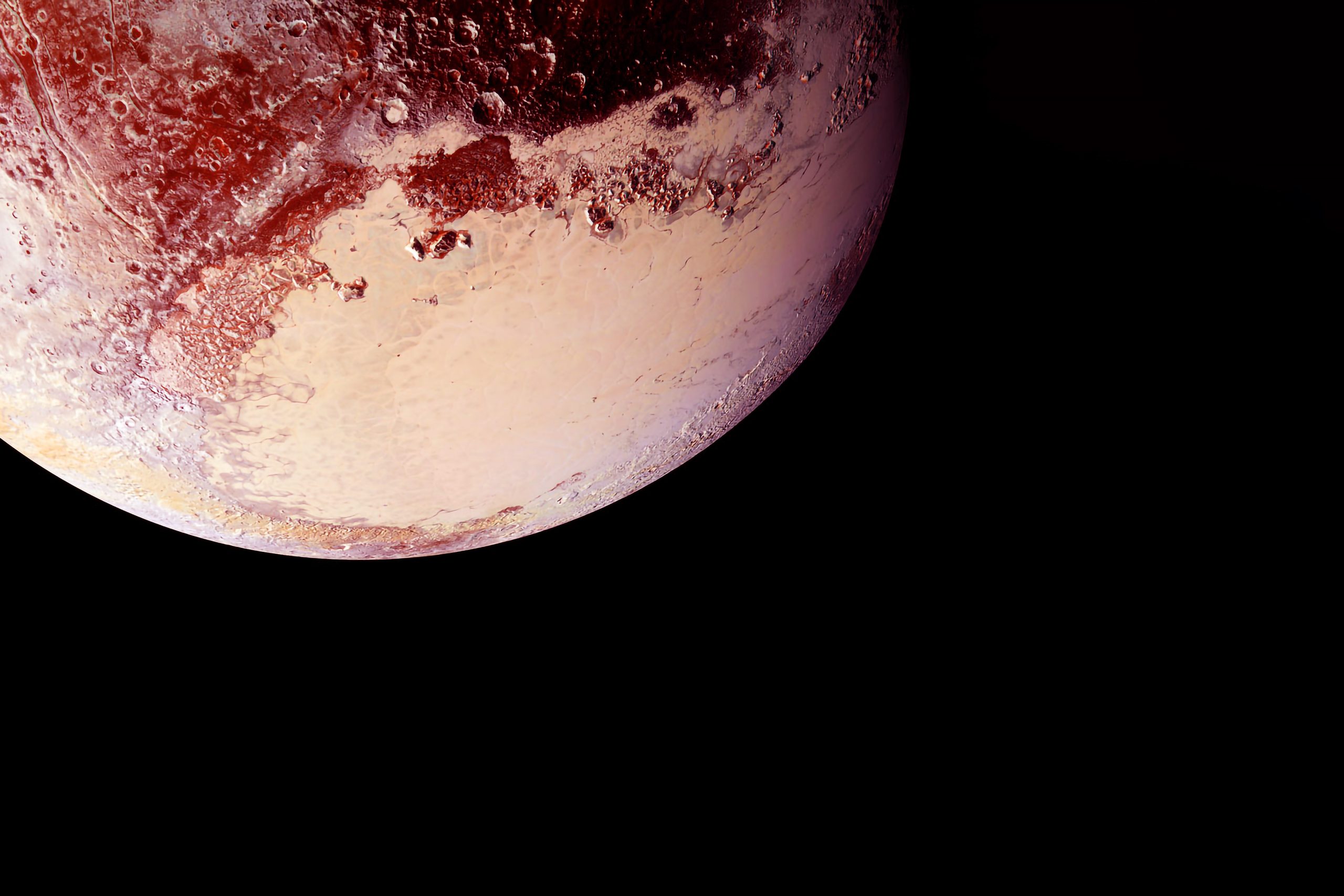 Posted at 09:54h in Astrology by Guest Author 23 Comments

Are you ready to transform?

This year has already been full of turbulent cosmic events and lucky for you, there’s plenty more planetary drama on its way to keep you entertained.

Here’s the deal. On February 20, 2022, the USA experienced the beginning of its Pluto return.

This is a rare cosmic event that we’ll never see again in our lifetimes. Pluto takes about 248 years to orbit full circle around Earth!

This magnificent transit will create change and transformation in the societal and economic structures of the United States, which could in turn affect the rest of the world.

If you’re living in or connected to the United States, you’ll likely experience the influence of this Pluto return personally.

This is literally a once in a lifetime transit and you should take advantage of this powerful new energy.

You’ve likely noticed a shift on a national and global scale since February.

What shifts have you noticed in your personal life?

Perhaps you’re thinking, “What in the world is going on right now?” or “Why does a gallon of gas cost as much as my morning coffee?”.

You can thank this Pluto return for that.

However, you may find comfort in trusting the process.

Pluto doesn’t uproot systems and structures just for fun. What you’re seeing now, globally and personally, is only a small piece of a much greater picture.

The energy of Pluto is all about transformation.

Pluto’s preferred style of transformation takes a long time. When he completes his journey through any given sign of the zodiac, which can take 12 to 30 years, you might notice you have undergone an evolution since the transit began.

This transit is occurring in the chart of the United States as a nation, but, you may be able to feel and observe the effects in your personal, day to day life.

The defining trait of Pluto is death. Not death in the sense of the individual, but death of behaviors, cycles and procedures that are past their expiration.

What patterns in your life no longer serve you?

If you’re feeling your needs expanding beyond your current reality, embrace that!

Pluto wants you to shed the skins you’ve outgrown. And he’s not one to wait for you to feel comfortable to do so.

In fact, Pluto will create great discomfort until you get the memo that it’s time to let go of what is no longer serving you.

Pluto is a planet of extremes and tends to leave a trail of what feels like chaos in its wake. But, this chaos is never pointless.

Pluto shows you the area of life where you will experience loss and evolution.

The higher expression of Pluto manifests as rebirth, transmutation, consecration, illumination and regeneration.

The lower aspects are expressed through death, obsession, destruction, disintegration and tribulation.

Neither expression is good or bad. They are both simply necessary as the light cannot exist without the dark.

The United State’s natal Pluto in the sign of Capricorn.

Pluto is a natural rebel, while Capricorn (ruled by Saturn), is the authoritarian of the zodiac. So, there’s a bit of a power struggle at play here!

In the sign of Capricorn, Pluto challenges the establishment.

Capricorn wakes up, goes to work, clocks in, clocks out, no questions asked. Pluto protests, asking, ‘To what end?’.

In his current position, Pluto raises questions about how finances, values and resources are obtained and utilized.

The real world influence of Capricorn combined with Pluto’s inclination to reveal what lies in the shadows, directs our focus to the resources that literally lie beneath the surface of the Earth.

Think oil, metals, coal and fossil fuels. These are all major industries funding the United States.

RAGE AGAINST THE MACHINE

Well, the first time Pluto was transiting Capricorn for the US, The American Revolution was underway.

The colonies fought for freedom and were reborn as a new, independent nation.

The structures the United States operates from are likely to be challenged once again.

When Pluto began this journey through Capricorn, the United States was experiencing the 2008 financial crisis.

Outdated procedures and establishments will be up for review.

You may be feeling the urge to shake things up yourself. Situations where you feel you’ve been getting the short end of the stick or where your boundaries have been violated may come to a head.

If the desire to speak up for yourself has been looming, this could be the ideal time to elicit change by advocating for yourself.

The coming months could be a metamorphic opportunity for you.

Now is the perfect time to do some spiritual spring cleaning.

You can see how these energies have already been reflected in our society when you turn your attention to the working class.

Activism against labor exploitation has been at an all time high lately, and it’s not likely to slow down any time soon.

Labor shortages, employee strikes and walkouts, fighting for wages that support the cost of living are hot topics that are more than just think pieces these days.

It’s also no mystery why Millennials are making the most noise and pioneering this change.

Pluto is a generational planet and Millennials were born with Pluto in Scorpio.

Pluto is at home in Scorpio. They are quite literally a match made in heaven.

Scorpio is often represented by the phoenix; burned by its own flames and reborn from the ashes. It is the ultimate symbol of transformation.

Pluto is revealing injustices to the masses so they may create radical change.

During his return, Pluto is checking in and taking stock of the progress that has, or hasn’t, been made since his last stay in Capricorn.

He expects impactful changes have been made. And for the highest good of humanity as a whole. We’ve had 248 years to work! It’s safe to say his expectations are high.

Anything that is not up to his standards is going to be addressed, and then forced to be reckoned with.

Anything that still lies beneath the surface, hidden from the collective will be revealed.

During and after this return, it may not be business as usual.

Look to our democracy, economic structures and governing bodies during this period to see how this transit might be reflected in reality.

You might observe hidden truths being revealed on a collective level, and you may see demonstrations of protest and activism to follow.

Change can feel painful as it’s happening. They don’t call it growing pains for nothing!

Recognize that any confusion or discomfort you may be feeling is temporary and only side effects of you expanding to be able to reach greater heights.

POWER TO THE PEOPLE

Remember that the change Pluto brings, while it may potentially feel jarring, is always for the sake of illumination and transformation.

You have an opportunity to witness major events in history. Now is the time to be aware and observant, rather than fearful or judgmental.

While the influence of this event will be pronounced on a collective level, you too are a part of that collective!

You’ve got to speak up and make some noise if you want to see a difference. And you’re supported by Pluto, the most radical activist in the cosmos, during this time.

Practical things you can do right now to harness this transformative energy might look like getting your finances in order.

In regards to your earnings, Is your worth being recognized and appreciated?

Take time to invest in your peace of mind. Take some extra care of yourself in the coming months. Check in with yourself to see what you need.

Don’t spread yourself too thin. You cannot pour from an empty cup. Boundaries are important and you are always entitled to set them when and wherever you see fit!

If you are an activist, get those boots on the ground. Let your voice be heard! It’s important, and needed, right now! Donate or volunteer to causes that are close to your heart. Make signs, statements, or posts on your social media for movements that speak to you.

Participate in public demonstrations, if that’s your style

Even something as simple as spring cleaning your home and getting rid of old clothing or things can communicate to the Universe that you’re ready to throw out the old and bring in the new!

The Pluto return will last until November 2024.

This could be considered the final push towards the Age of Aquarius; a new world for the people, by the people.

This powerful transit might be reflected by the feeling that the nation as a whole is going to be pushed out of its comfort zone. It may seem uncertain, but new things usually do!

Embrace the changes that are on their way!

You are divinely protected and supported through this journey!

Cosmic Updates enjoys providing you with content from a variety of contributors. We hope you've enjoyed this post by our guest author. We appreciate your readership!