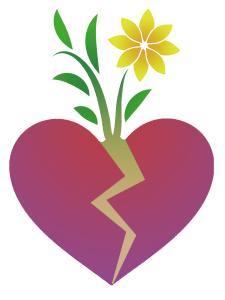 The Heartbreak Cure | By Jonathan Lionheart

How To Heal Your Heart And Find New Love

Step 3: Digest What Doesn’t Serve You

Your body can adapt. It responds to the environmental conditions you live in, and to the way you hold your body day to day. Your body is constantly changing to meet the needs of the world you live in.

Areas you have resisted feeling have created an armoring around your tender bodily self.

The emotions you have avoided are like an inflatable ball that has been pushed under water. These feelings want to come to the surface, and are trying to, but you have learned a pattern of holding and tightening to keep them from naturally rising to the surface.

Think of how much energy it must require to hold these feelings back.

As you begin to unwind these patterns of tension, you will also find that you have more energy, more sense of feeling, and a greater zest for life.

And not to worry, your unconscious and your body know how much to let out at one time. So you don’t need to worry about getting overwhelmed all at once. This is a slow and graceful process.

And it’s important that you listen to your body and intuition. There is no need to push yourself. Trying to get “there” faster will only slow things down. Being kind and attentive to yourself is the best way to move things along.

In order to undo the armoring that is covering the old emotions, there are some simple areas you can massage regularly to open your body up to feeling again.

These techniques come from Traditional Chinese Medicine and Qi Gong.

In this video you will learn the preliminary body practice which will prepare you to release old grief, and get you ready for the deeper work to come.

The video will show you how to massage key areas of your body to help clear out stuck emotions and grief. These acupressure points will get the old stuff to start moving.

Then, you will be instructed in the Shake Like a Tree practice, which will help take what has been released from the acupressure points and move it through your body and energy system and out.

It’s important not to force your body open, so take your time and be kind to yourself. The areas of your body that closed down at some point did so because they were afraid. Forcing them to open will only create more fear and restriction.

Instead, be kind to yourself. Take your time. Allow your body and heart to open, and it will do so in its perfect timing.

“I love you, I’m here for you, I will support you no matter what.”

!!! Warning !!! Please do not use any of the following acupressure points if you are currently pregnant without first consulting an informed clinical doctor.

Now that you’ve watched the first video, take a moment to journal about how you feel afterwards. You might feel a little tender, or invigorated, or you might just feel a little more relaxed. Whatever you are feeling is perfect at this moment.

What’s important now is to be consistent with this practice.

Watch this video once a day and follow along. Keep your journal handy and record how you feel after each time you practice. Write down any insights that come during or after your practice.

You might find it helpful to sit for a few minutes after practicing, or lay down, and just let yourself integrate the work you have done.

While it may or may not seem significant to you just yet, there are big things starting to shift in you.

Try not to rush into the next activity of your day. Rather, see if you can move a little slower for a while, remaining present to how your body feels.

Please practice this video for one whole week before starting the next video practice.

We’ll now look a little deeper into the practice you just performed.

The accupressure techniques have a long and ancient lineage, and have been successful in treating a myriad of physical and emotional diseases.

In TCM (Traditional Chinese Medicine), the different organs of the body hold different emotions, and are connected to the network of energetic lines called meridians.

When we get congested with a particular emotion, or the meridian lines become blocked, we experience disease, and distrust of life.

Specifically, the acupressure points you worked with in the video are connected with the lung meridian.

Energetically speaking, the lung meridian takes in the new, gets rid of the old, and relates to our ability to process grief.

The more you open this particular meridian matrix, the more capable you will become at releasing old grief, and revitalizing your connection to love.

Here are each of the points that were demonstrated in the video:

The first acupressure point is called He Gu, which means Converging Valley. This point is found between the pointer finger and thumb. The exact location was demonstrated in the video

He Gu is a master point for easing pain in the body, especially pain in the head and face, and supporting immunity.

This point is called Lei Que and opens up the lungs, frees up chi, and strengthens your body’s defensive energy.

This is also a great point to release emotions of grief. This point links the lung and the large intestine meridians, which can allow for healthier bowel movements… another kind of letting go of the old.

This point is called Zhongfu, which means Central Palace. This point helps in the process of letting go. It’s thought to disperse energy, help to release emotions, and expand lung capacity to deliver more oxygen around the body.

Shaking as a way to heal and transform is found around the world in numerous traditions. One of the oldest tribal people in the world, the San, or Kalahari Bushman, have used shaking medicine for longer than we can trace.

In recent times, shaking has been found to help people with post traumatic stress disorder.

Steven Levine, the researcher and psychotherapist, made popular the comparison of deer and other animals who, after barely escaping the claws of a predator, would shake their bodies vigorously.

After which they would walk away as if nothing had happened at all.

Shaking soothes the nervous system, breaks up old patterns of movement, and has a number of other health benefits, including:

Ultimately, shaking is a way to clear out the old stuff, sooth what feels tender, and stimulate the body into new healthier rhythms.

In the next session you will be introduced to the second practice. Please take a week of practicing ONLY the first video before adding the next video into your daily practice, as it can supercharge you, and it’s important to have the primary circuits in your body open first.

Feel free to watch the video and read the chapter, but give yourself some time to integrate the first portion, unless you are already a proficient practitioner.